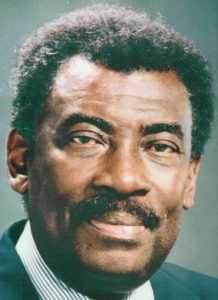 The Medical Research Foundation of Trinidad and Tobago (MRFTT) was established in 1982 by Professor Courtenay Bartholomew, then Professor of Medicine of the University of the West Indies (St. Augustine Campus), as a Non-Governmental Organization to meet the need for local research in the Faculty of Medicine at the University, and additionally, to serve as the impetus for fostering the growth of medical research within the region.

The early research activities by Professor Bartholomew and his team soon gained the interest of the National Institutes of Health (NIH), USA, and this partnership led to collaborative research with Dr. Robert Gallo and his team, a collaboration which would continue for almost 11 years. This relationship allowed MRFTT to publish five original retroviral observations in international peer-review journals, and led MRFTT to be termed at that time “the best third world research centre.” Under the leadership of Professor Bartholomew, the MRFTT would become the signature research organization in the Caribbean.

In the 1980’s investigations into the new mysterious illness that was emerging worldwide led to collaborations with Professor Gallo and Professor Montagnier; the latter would, in 2008, be awarded the Nobel Peace Prize in Medicine for discovery of HIV as a retro-virus.

At that time, Professor Bartholomew was amongst the elite few who contributed to the body of knowledge which would ultimately lead to the 1984 confirmation of the illness as the Human Immuno-deficiency Virus (HIV) and Acquired Immune Deficiency Syndrome (AIDS).

In 2001, MRFTT’s internationally growing reputation led to the National Institute of Health (NIH) and UNAIDS, Geneva, asking MRFTT to participate in an international quest for an HIV/AIDS vaccine. This remarkable participation was successfully done and the MRFTT completed Phase 1 of the HVTN Clinical trials.